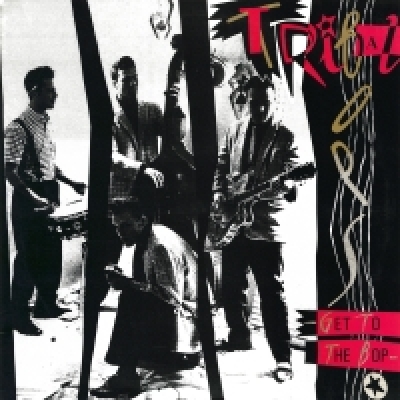 The Tribal Bops were a top rockabilly band from Milan (Italy). The single 'N-Nervous Guy/Rattle your Rattle' (DS KIF/DAF XX1) was released in 1987. Lead singer was Victor a.k.a Little Victor, Serge on lead guitar, Bobby Vain on double bass.
In 1990 The Tribal Bops released the album 'Get To The Bop' (Fun In Acapulco/FA90) produced by Boz Boorer (Polecats). The line up changed, Victor was replaced by Otto on vocals, Serge on lead guitar, Bobby Vain on double bass and Woody on drums. The Tribal Bops played at the 13th rock'n'roll weekender in Hemsby and they toured all over Europe.
This band is WILD rockabilly! Play it loud!