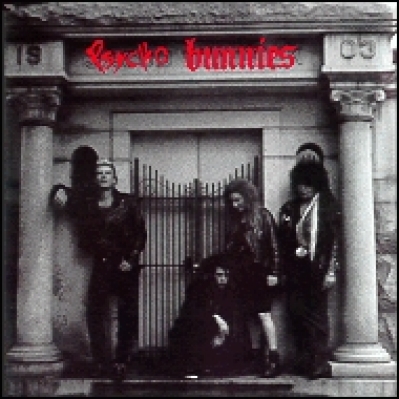 In 1982 a Thrash-a-billy band called The Dummy Club crashed onto the midwest music scene with a drive and vengeance that's rarely seen. Despite the fact that the Psychobilly, Thrash-A-Billy and Core-A-Billy was a very small underground scene, Frankie 'Stoney' Rivera and Janna Blackwell kept pounding out a sound that drew the audience onto the dance floor. In 1985 the band signed a recording contract with Zensor Records in Berlin and released the EP 'Ballad of a Lady Gunslinger'. The EP stayed on the charts in Europe. 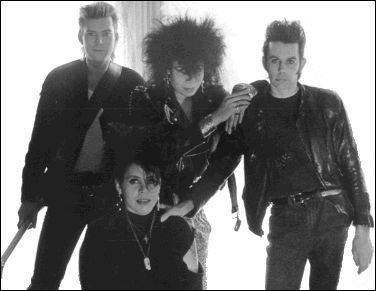 In 1986 Frankie Rivera toured Germany promoting the EP. The show at the Loft/Metropol was standing room only. 'People hadn't danced in the club for years!', club owner Monika Doring said. 'Her music brought people to the dance floor. She's fantastic and sensual. They love her!'
After Europe, Frankie and Janna went their seperate ways in 1989. After extensive travels and soul searching, the songwriting Bass/Vocal team decided to regroup and form the Psycho Bunnies, again brandishing their own style of Hardcore Psychobilly. Janna's ripping, thumping bass lines and Frankie's wailing, soulful vocals are the presence and power that makes the Psycho Bunnies the wildest entity to come out of America's heartland. They are urban street girls with a hard edge, hard drive and philosophy straight from the heart.
In 1991 Janna and Frankie hooked up with Reverend Johnnie Leisure, a lead guitarist with a sound of his own and an attitude to match. Take the Reverend's machine gun riffs and mix it with Janna's rapid-fire bass, Frankie's screamin' siren vocals and Mick Weber's primal drum beat and you have the Psycho Bunnies.