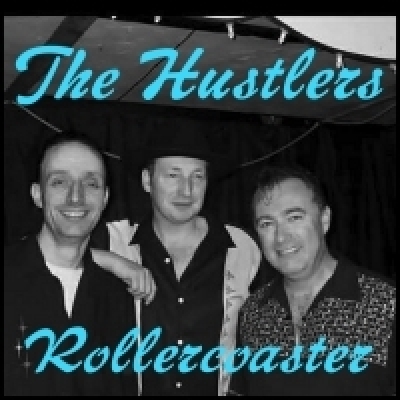 The Hustlers are from the south coast of England. The Hustlers have been a band since 2007 playing 50's inspired Rock 'n' Roll and Rockabilly music. They are known for giving songs makeovers to suit the band's style, as well as writing original material. The first incarnation of The Hustlers ended in 2013, and two of the original members, Al and Martin, formed and still play as 'Strum n Bass' a popular 'Skiffle infused Americana' duo. They then met Aaron and formed Rockabilly trio 'Atomic Hotshots' but more and more they have been asked to play Hustlers material, so in September 2016, a decision was made to re-form The Hustlers./p>