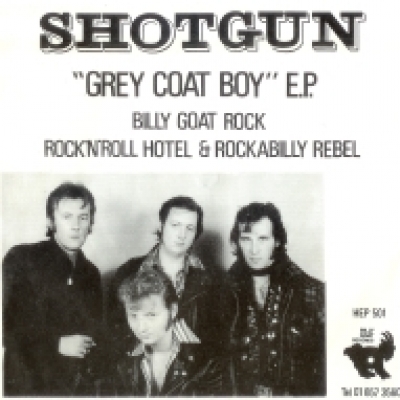 In the late Sixties and early Seventies, South London was widely regarded as being the birth place of British Rock 'n' Roll with bands playing every night of the week in small pubs filled with Rockers and Teddy Boys. The atmosphere was always electric with Rock 'n' Roll musicians taking the stage, jamming along with whoever was playing at the time. There were never any rules in those days - just gut feelings for Rock 'n' Roll and a good time! Among those musicians that played so frequently together, came a sound that would be remembered for decades to come - not only in South London, but in every Rock 'n' Roll club across Europe and Scandinavia. Night after night a driving rhythm could be heard as South London rocked again and again throughout the Seventies and into the Rock 'n' Roll revival boom that shortly followed.
Ray Neale, Bob Burgos and Rob Murly were all founder members of the South London revival days, and had been playing together for many years without a name for the band. On any stage at any show they were always known as 'Wild and Explosive' as they ripped through Rock'n'Roll songs with an energy no other band possessed. Their many followers packed out pubs wherever they played and in 1978 the name 'SHOTGUN' was born.