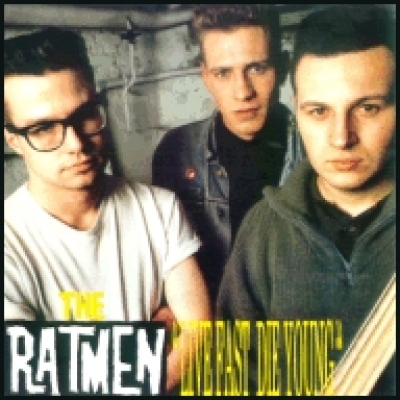 The Ratmen came from Belgium and were a Neo-Rockabilly outfit in the style of early Batmobile. Their singer/guitarist (Walter Broes) later turned up in The Seatsniffers. Their cover version of Joan Jett's 'I love Rock'n'roll' became very popular in Japan. Let's not talk about the insipid version by Britney Spears!

"The Ratmen 'Live Fast Die Young' is an awesome album of stompin' Neo-Rockabilly/Psychobilly. With a relentless rockin' beat driven along by some great slappin' bass and hot guitar licks, this rockin' trio have drawn comparisons with Batmobile." Howard Raucous