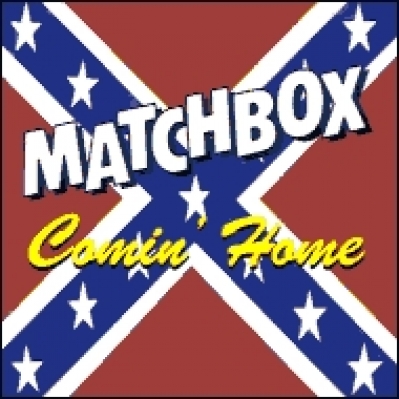 This was a self financed CD from 1999. It's not as 'commercial' as their hit recordings, and the sound is more like the sound of the old 'Setting the woods on fire' album. It's a fair representation of the Matchbox live sound at the time, when their guitarist was also working in the musical tribute to Buddy Holly ('Buddy') in London.

"Matchbox was originally formed back in 1971 with a line-up that included both Steve Bloomfield and Fred Poke. Graham Fenton joined them from the Hellraisers in 1977, but it was their amalgamation a little later with Jimmy Redhead and Gordon Scott from the Cruisers that formed the band we know today. Their big breakthrough came soon after when they were selected to back Bo Diddley and support Carl Perkins on a sell-out European tour. Following reviews in the music press, they were approached by Magnet Records and offered their first major recording contract.
The rest, as they say, is history... The release of 'Buzz Buzz' saw 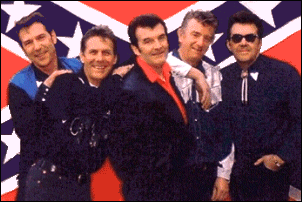 the band get enormous airplay as it crept to a respectable position in the charts. The next one, 'Rockabilly Rebel', became a worldwide hit, quickly followed by 'When You Ask About Love', 'Midnight Dynamos' and 'Over The Rainbow'. Over five million records were sold in Europe, Australia, New Zealand, Scandinavia, etc. Numerous TV shows and tours with the likes of Jerry Lee Lewis, Johnny Cash, Chuck Berry and many more established the band as a major headline attraction. Throughout this period, Matchbox always remained true to their roots.
Eventually time and changing tastes meant the hits stopped coming and the various members went off to do other projects. Graham still performed occasionally with whichever rockabilly desperadoes were available at the time. Then, back in 1996, as the rockabilly and rock'n'roll scenes saw another surge of interest, someone had the good sense to get these five guys back together again to do a couple of shows. Then they did a couple more..."