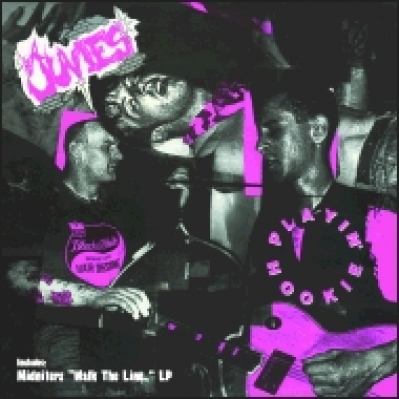 Signed to legendary label, Rage Records, The Juvies (named after a book by Harlan Ellison, who also wrote 'Rockabilly') exploded on the renaissance rockin' scene with their energetic hot'n'sweaty shows at venues such as the famous Marquee Club and were creating rave reviews among the leading music press, including the NME. Sharing billing with the likes of Restless and The Meteors, their debut album (mostly written by Darren Juvie, aka, Darren Parson aka Darren Pawson - later in the Cat Pack), 'Playin' Hookie' was described as "the new hope on the rockin' scene" by Crazy News (France). The Juvies split in 1992. Mitch (drums) and Gary (bass) later resurfaced in the Littletown Bigshots.