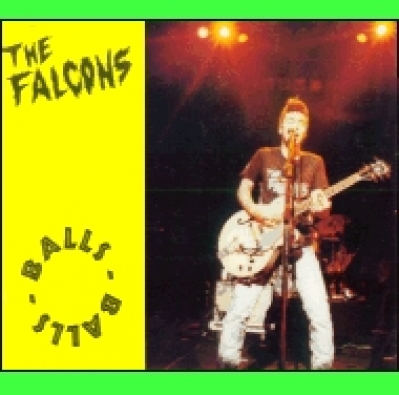 Possibly the best Psychobilly record by a Japanese band. Produced in Britain by Pete Gage. In places it reminds me of Batmobile.

"Stompin' Psycho-Rockabilly from Japan. The Falcons were one of Japan's leading Psychobilly bands through the late 1980's and early 90's. On 'Balls Balls' The Falcons really rock out with a great set of self-written songs featuring thumpin' slap bass and real rockin' guitar."
Howard Raucous