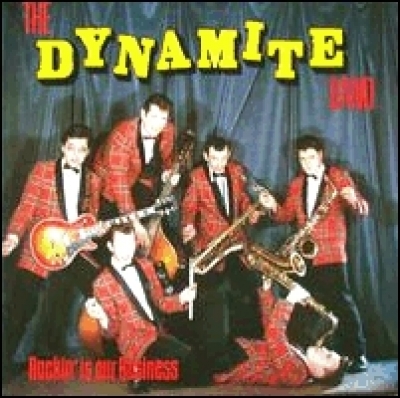 The Dynamite Band was formed by Roger Cover who had previously been in The Flames in the wake of the succes of The Stargazers. Also featured in the band were Jacko Buddin (ex-Flying Saucers) and Ray Gelato. However, they were different inasmuch as they attempted to emulate the British sound of big band rock'n'roll as opposed to an American sound. These recordings date from 1982. Also in the band was Dick Callan, who was later in 'Cadillac', and still later in Matchbox. Taking the lead vocal on 'My oh my' is Jacko Buddin, later to join Bill Haley's Comets as vocalist. There was also a now very rare 12-inch album on Chiswick Records ("Rockin' is our business" CH53).