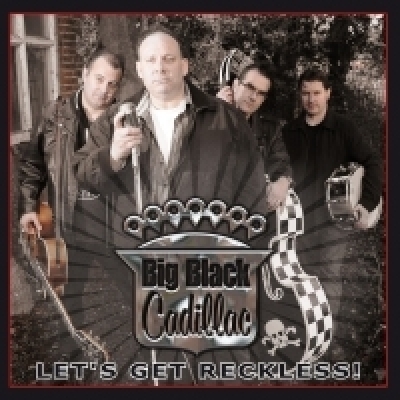 Big Black Cadillac Rockabilly Band started in 2006 to play classic Rockabilly and Rock 'n' Roll songs around Norfolk for fun. The first gig was at The Jolly Farmers in Swanton Abbott (unless you count their gig with their first rockabilly line-up at the Blue Moon rock 'n' roll club on its opening night under the name 'The Turbos').
Big Black Cadillac Rockabilly Band then made a demo of rock 'n' roll covers at Purple Studios in Norwich, 'Got It Covered', and later supported cool band The Fat Cats at The Ferry Boat, Norwich and played support to Rockabilly legends Darrel Higham and Slim Jim Phantom at The Waterfront, Norwich.
This album dates from 2012.