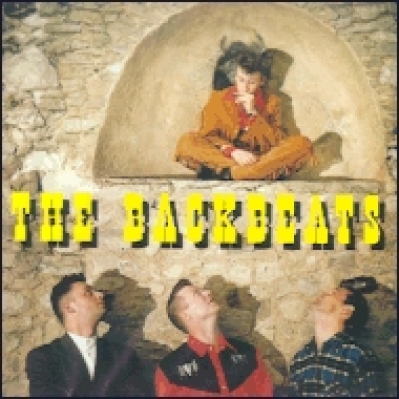 The Backbeats in their present form date from March 1995. Since then they have been become a fixture on the rock & roll circuit, playing at the major festivals and venues throughout Britain. Their blend of country, rock & roll and blues has also proved a popular live attraction at pubs, clubs and other engagements. In May 1995 they released a single on their own label, Wig Wam, featuring two original songs: 'How About Tonight' and 'Inject Your Soul' (both written by lead singer, Little Dave). They sold over a thousand copies of this record at their gigs. In December 1995 they appeared on a BBC talent show, winning a subsequent phone vote by a landslide and being invited back the following week.
The influences on The Backbeats include not only the Sun rockabilly of Warren Smith and Elvis Presley, but also the blues of Sonny Terry and Slim Harpo and the modern country sounds of Dwight Yoakham and Allan Jackson. The Backbeats are not simply a covers band, retreading the sounds of yesterday; they draw on their influences but are not bound by them, and are particularly anxious to make their own music as commercially successful as possible. From their already considerable experience, they know that their dynamic live shows appeal not just to rock & roll fans but to a much wider audience that can appreciate the extra dimension that they bring to the music.
This is not nostalgia, this is not a museum piece, this is the excitement and energy of the best music in the world played for today: get up off your seat and get taken in by the beat. That is the beat of The Backbeats.

The Backbeats are long gone and Conrad and Andy resurfaced in Crazy J & The Partytimers.